Transitions to the Aku 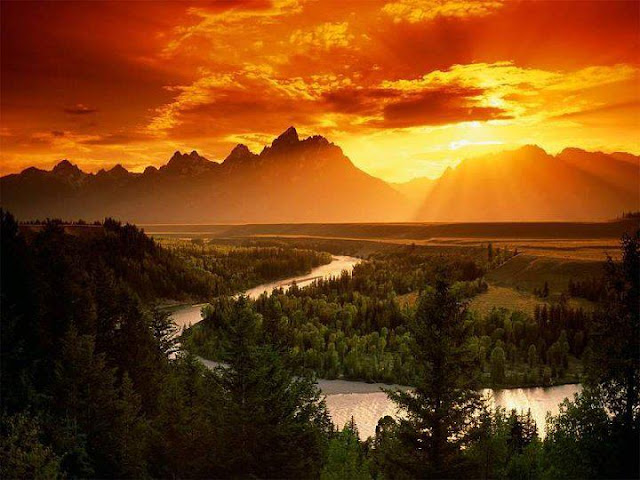 We Celebrate the life and acknowledge the transition of Jamal Ali also known as Ogun Ptah Khepera. May the Aku greet and embrace him with great celebration.

Rest well my Friend and Rejoice

YOU are Now a Diamond in the Night 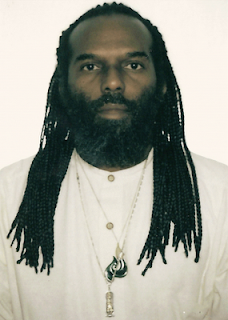 Jamal Ali, also known as Ogun Ptah and Khepera( a pseudonym) is an eclectic blend of independent scholar/historian, artist, engineering designer & esotericist. He has taught & lectured across the USA on topics ranging from the sacred architecture of Nile Valley civilizations, including their sciences, arts and symbolic languages (Ancient Nilotic Architecture: A Synthesis of Science, Religion & Philosophy [in work]) to the intersection of modern technology & ancient wisdom systems (Ogun in the 21st Century: The Connection Between Odu & Digital Technology [new edition due Winter '08]). He also made several contributions to the Encyclopedia of Vernacular Architecture of the World, which was published by Cambridge University Press(1997), edited by Dr. Paul Oliver of Oxford Brookes University, England.

An engineering designer by profession, Ali is the author of over seven hundred poems, in addition to two novels(unpublished), a novella and numerous essays, articles, short stories and plays.

He was the editor of "The Electronic Drum", an early focused webblog found at http://electronicdrum.wordpress.com/about/. 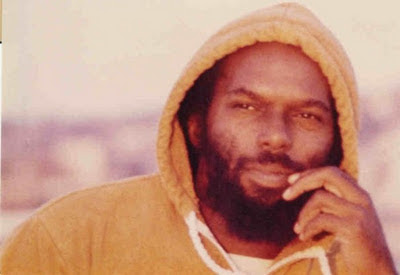 He is the author of "Heart Fires Rendezvous", a three part adventure of many hearts, minds and our fantasies, of our possibilities of possibilities. The trilogy was published in December, 2010 written over his lifetime.

In rich detail, the Ali takes us into layers of tropical human civilizations, thick with spirit and ritual, science, magic and powers which have no name. Wisdom systems are woven in careful empathic mosaic, linking, overlaying and inclusive by paradigm. We discover niches of history often overlooked, see time through the eyes of ancient cultures and taste destiny as more than a fragrance for the mind. It becomes tangible, alluring, compelling...and we begin to remember, hidden stirrings within ourselves, those moments of wonder and connection linking us to the planet, instead of the world.

In this book, Jamal Ali leave us many gifts. Most of all he leaves himself.

Listen to Jamal Ali in our interview with him on the launch of Heart Fire Rendezvous Also check out info on: Electronic Drum and Diamonds in the Night http://diamondsinthenight.wordpress.com/ .

Listen to an interview with the author, Jamal Ali on December 11, 2011 on

For direct links to the video interview segments


Karriem Ali
‎~
Jamal was and is a lover of Knowledge and Wisdom~
and some timeless truths are known fully
only once beyond the limitations
of temporal embodiment....
Pause amidst autumn's twilight,
imbibe the potent rush of a wind now freed
and you may find yourself inspired as I too have
with a fragrance familiar of cherished life laughing swirling~
it be Jamal Ali PtahOgun dancing through your soul and heart
a moment's loving pause before ascending unto the libraries of eternity....

From the Cyber Pen of Sasteh Meter Mosley
November 6th, 2011

Over the last three years, I have worked with many of you individually to gain more Food Sovereignty for the residents of the East side of Kansas City.  Now I would like to present a funding stream here in Kansas City that can provide the necessary start-up funds for farms, community food projects, stipends for workers, infrastructure for existing pantries, land acquisition, or any other reasonable expenses to wash away any obstacle to producing healthy foods. I am in Oakland, California for the Community Food Security Coalitions with thousands of other in the country that realize we have to take the next step in the Food Movement.
With the announcement that Aldi will open in 2011, It was suggested that the Food Desert in East Kansas City, MO will be eliminated.  Unfortunately, the definition of having a grocery store within a mile (12 city blocks) is woefully inadequate to address the nutritional challenges of low income and high health risk residents.  Several organizations have convened groups to define solutions:
1.  2008 NBUF Food System meetings at Dubois Learning Center with Bill Grace (DLC), The Beys (Moorish Science Temple), Kenyattas (Seed Restaurant), and Sasteh Mosley (Amen Christ Temple)
2.  2009 Black Agenda Group present Jim Nunley Training on Health Care Foundation, Rosa James (NAACP), Carol Coe, Debra Mann (Emmanuel Community Center)
3.  2009 Stimulus Funds Economic Development Meetings on Creation of Green Jobs (Urban Farming), Marlon Hammonds and Sasteh Mosley, Craig Bland (Freedom Inc), Clyde McQueen (FEC), Ken Bacchus (Economic Development Chair BAG and Freedom Inc.), Carol Coe (Convener), 19 other Activists
4.  2010 Urban Farming Ordinance and Food Policy Summit,  Beth Gothstein (Organizer), Terry Riley, Sharon Sanders Brooks, Cindy Circo, Melba Curls, John Sharp, and Ed Ford (Ten Voted in Favor of Ordinance), KCCUA, GCFPC, Bad Seed, EMWOT, Green Acres
5.  2011 Urban Farm Movement, Will Allen Abolish the Food Desert Event by Green Acres, Chicken Ordinance KCMO, Green Acres Urban Farm and Research Project Aquaponics Program (KCMO, KCMSD, BEU), EMWOT Urban Farm initiatives and services (Real Estate and Land Acquisition for farming, Farm Tours, At-Risk-Youth with Green Careers, Tilling Services, Music CDs, Health Classes), Get Growing Kansas City (CultivateKC.org, KC Community Gardens, and Lincoln University) Adenike AmenRa (AmenRa ParAnkh- Urban Farms, Wheatgrass, Food Preservation Classes)
Let's all take the next step in this movement.  As other movements plan to come into the East side of Kansas City, let’s make sure we continue to do the work to ensure that residents have the healthy, locally grown food they need to be successful.  Let's get these applications in, help others submit them, pass them on to those who are willing to work for a healthier city.  This seed capital can help those with tight budgets do something fun to help them feed themselves, support farm businesses that can hire people, and help existing organizations get into the "teach how to fish" side of feeding people.
Please forward this information to the gardeners, farmers, and community leaders you know.  I can provide technical assistance, group presentations, and free workshops to assist in getting the applications complete.

EVERYONE NEEDS TO HEAR the Revolution Revelation on this Spoken Word CD!

A compilation of artists and their music. It is an eclectic blend of Grassroots, Cultural, Political Spoken Word, Folk and Hip Hop Musical artists from KCMO! They sing about Grassroots, current event issues ranging from the Nuclear Weapon plant poisonings of workers and their Neighborhoods to Kansas City Missouri’s School District. Thought provoking and fun, these selections are a blend that only these Kansas City artists can bring to Hip Hop spoken word & Jam. It's the return of people’s music; -it offers a deep human connection, through STRONG sonic celebration....

The CDs opening cut is from our leader of the struggle for all employees who have worked at, Kansas City’s Nuclear Power Plant and were exposed and poisoned by the toxic environment. “The Colonel’s Brief” by Maurice Copeland this is an excerpt on patriotism. He makes a profound statement about the most overlooked and under-served people of the world.

“Honeywell” by Cherith Brook is a protest march manifesto! With the backing of a full brass & drum corps, he sings with clever sarcasm in support of the ongoing advocates, activist, and protesters like the KC Peace Planter member, Sasteh Mosley (a Nuclear Conversion Activist/Speakers Bureau Lecturer) and other poisoned Workers from Kansas City's nuclear weapons plant.

Dirty D is a spoken word artist who espouses the many sentiments of the disenfranchised people who dwell in Urban Kansas City with the weavings of the excerpts of “The Community Update,” “Recess,” and “Power and Lights Out.”

Artists, SAHJ Kaya and Divine Intervention, add their energy with a Reggae flavor in “Nuclear Weapons.” She rages- “RAY-GUN! what you testin for?!!!” while “Political Strings” moves with spirit and a jazzy backup.

Other contributing artists; Priest Hughes and 337 as The Recipe – create a poignant brew with their clever spoken word juxtapositions against nuclear weapons with: “Self destruction,” and the downsizing of education with: “Parent Teacher Conference”… Their climax selection is my favorite, “What Happened to Hip Hop?!” This is the most Jammin Jewel of the CD for me! The Recipe told the truth about the greed, materialism that consumed and diluted the quality of the Hip Hop movement! I love the refrain “What happened to hip hop- did it die- did it fall down on the wayside?…

“Palm of Your Hand” is a powerful conclusive ending with a primal piercing purging high-pitched release and energy, leading to chants which permeate the collective consciousness of our time! 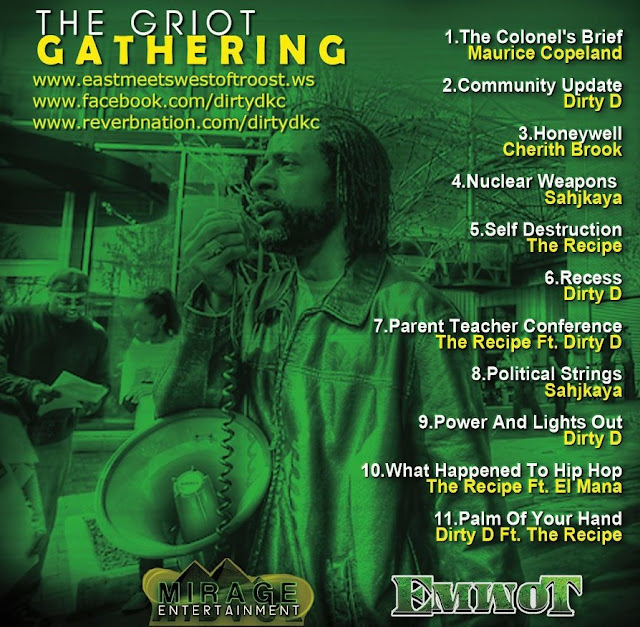 A griot or jeli (djeli or djéli in French spelling) the griot is a repository of oral tradition, a West African storyteller. The griot delivers history as a poet, praise singer, and wandering musician. As such, they are sometimes also called bards. [the griot] has to know many traditional songs without error, he must also have the ability to extemporize on current events, chance incidents and the passing scene. His wit can be devastating and his knowledge of local history formidable." Although they are popularly known as 'praise singers', griots may also use their vocal expertise for gossip, satire, or political comment. Most villages also had their own griot, who told tales of births, deaths, marriages, battles, hunts, affairs, and hundreds of other things.

Griots — masters of words and music, Griots and Griottes — have been around for a millennium. the male griots and female griottes were historians, genealogists, advisers to nobility, entertainers, messengers, praise singers — the list goes on. Today, they perform on television and radio and record CDs. Many are popular singers who reinterpret traditional songs, giving new meaning to old words — As performers, griots and griottes are in great demand, not only for ceremonies and parties in West Africa, where they have traditionally appeared, but all around the world. Here in the United States, they tour universities to give insight into West African culture.

With your purchase of this CD, you will help support At-Risk Youth in education, cultural arts and positive Economic development, Sasteh Meter Mosley (a Nuclear Conversion Activist/Speakers Bureau Lecturer) and other poisoned Workers from Kansas City's nuclear weapons plant. Thank You for your generous donations to this cause!

The Griot Gathering has been devoted to nudging everyone from all persuasions in the direction of freedom and spiritual evolution. This music is “cultural-hip hop-folk-ethnic-funk.” They express a yearning for spiritual revolution -“There can’t be a revolution without Strong Men, Women and Children.”

To inspire and nurture the human spirit – one person, one neighborhood at a time.

To promote and foster the highest ethical relationship between businesses and the public through voluntary self-regulation, consumer and business education, and service excellence.

EMWOT is dedicated to the sharing of experiences, stories, best practices and methods for achieving sustainability in both our personal lives and our communities.
Posted by Adenike's Arts at 11:56:00 PM No comments: Links to this post

Posted by Adenike's Arts at 3:09:00 PM No comments: Links to this post